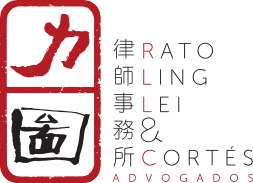 The Macau Special Administrative Region (MSAR) has always been an open market, dependent on external investment and conscious of presenting a sound environment for business. It is a party of several international agreements on fiscal transparency, prevention of double taxation and exchange of fiscal information, among others, and has been evaluated in October 2011 and, more recently, in October 2013, in the framework of the Organisation for Economic Co-operation and Development’s Global Forum on Transparency and Exchange of Information for Tax Purposes (“the Global Forum”), of which the final evaluation is to take place in 2016.

The Report of the Peer Review Group of October 2013 (“the Report”) indicated that MSAR still had to realign its legislation to comply with the standards required by the Global Forum, and indicated two main points which should be addressed: the insufficient mechanisms which would ensure the access to information on the ownership of bearer shares, and the legal concretization of the concept of “permanent activity” (actividade permanente).

• The creation of mechanisms which allow the provision of information on the holders of shares of commercial companies in the MSAR namely regarding holders of bearer shares. In this regard, the Government proposed the removal of bearer shares altogether; and
• The creation of legal norms which anticipate and regulate the material connection of non-local companies operating in the MSAR, which, by defining the legal term “permanent activity”, would allow to determine when it is justifiable to subject to MSAR Law commercial companies without their registered office nor their main administration in the MSAR.

Since the application of several mechanisms to correct such situations (such as registering information regarding holders of bearer shares, limiting the transmission of such shares or limiting the issuing of bearer shares and their free circulation) essentially renders them registered shares in all but name, the solution set forth by the MSAR Government is to gradually phase out bearer shares. Also, the recommendations of the Report indicate that the possibility of introducing mechanisms guaranteeing the access to the identity of holders of bearer shares would not be adequate since these mechanisms present several insufficiencies.
The bill consequently forbids the issuance of bearer shares or the conversion of certificates representing registered shares in bearer shares, as well as the transfer inter vivos of certificates representing bearer shares (except transfers resulting from a judgement or judicial sale) from the date of entry into force of the law.

After the deadline for holders of bearer shares to require the conversion of their certificates into registered shares, the companies are obliged to notify the Financial Services Bureau during the period laid down for submission of the annual declaration income (or whenever there is a change in the situation) of the number of existing bearer shares. The non-compliance with this reporting obligation is considered an administrative infringement, punishable with a fine between MOP5000-25,000, being the company and its directors, members of the supervisory board or sole supervisor and liquidators, jointly responsible for the payment.

As for the definition of “permanent activity” (article 178 of the Commercial Code), the Report noted that the term did not clarify if it encompassed all companies with a sufficient connection to the MSAR. Although the authorities responded that this expression should be construed in connection with the definition of “commercial enterprise” established in article 2 of the Commercial Code, the discussion of the legislative initiative showed that said article does not produce satisfactory operating criteria to define the term. The draft law presents a definition of the term inspired not only by the material concept of “permanent establishment” enshrined in the OECD Model Tax Convention on Income and on Capital, but also by the definition of “permanent activity” of the new Tax Code to be presented prospectively to the Legislative Assembly.

The revised article 178 of the Commercial Code (which paragraph 1 stipulates that companies which exercise permanent activity in the Region, even without having their registered office or main administration in the Region, are subject to the legal provisions on registration) now clarifies that “permanent activity” encompasses a fixed place, namely through a place of management, a branch, an office, through which the company’s activity is wholly or partly carried out in the MSAR. It also establishes a legal presumption of permanent activity when it is exercised by a company in the MSAR for a period exceeding one year or for non-consecutive periods longer than three months a year for five consecutive years (without prejudice to lower periods provided elsewhere in the law).

The legislative initiative was presented by the Government to the Legislative Assembly on December 30 2014 and was accepted on January 6 2015. The proposal was approved as a whole on January 12 2015 and by the specialised committee on May 18 2015. The draft law will be enacted shortly in the MSAR offering greater transparency and legal certainty to foreign investment in accordance with the Global Forum recommendations, notwithstanding the potential limitation to free flow of capital which is inherent to bearer shares that these measures may cause.

Frederico’s practice focuses mainly on corporate, commercial and company law, energy law, real estate law, banking and finance law, gaming law, intellectual property and labour law and has been involved in transactions of distribution of financial products, mergers and acquisitions and financings, and listing of foreign companies with interests in Macau.

He has been invited as speaker in conferences relating to several legal and non-legal matters and is co-author of the Macau chapter included in the Global Financial Services Regulators, Oxford University Press, London, 2004-08, and is contributor to other legal and non-legal publications.

He has been admitted as a lawyer in 1979 and is a member of the Macau Lawyers Association and of the Portuguese Bar. He is also a Private Notary since 1991.

Pedro’s practice focuses, mainly on gaming law, banking and finance law, real estate law, corporate/commercial law, intellectual property and labour law and has been involved in transactions of capital markets, distribution of financial products, acquisitions and financings and listing of companies with interests in Macau. He has been invited as speaker in conferences relating to gaming held in Macau and is contributor to other legal and non-legal publications.

Pedro is admitted to practice in Macau, Portugal and East-Timor and is also a part-time lecture at the Chinese University of Hong Kong.

José started his professional career as a trainee lawyer at the “SPS Advogados” Law firm in Lisbon between 2007 and 2009, and is a member of the Portuguese Bar Association since December 2009. He completed the “INOV Contacto” internship program in the firm between January and July 2011 and joined the Office as a Lawyer in August 2011. He is a member of the Macau Lawyers Association and of the Portuguese Bar. José’s practice focuses, mainly on corporate and labour law, banking and finance law.