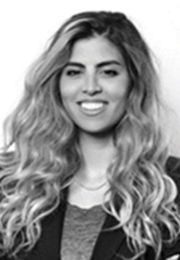 Mariam El Masry is a member in the Mergers & Acquisitions Department since 2010. Ms. El Masry specialises in several fields of law, on which she gives day-to-day advice, including Civil Law, Companies Law, Capital Market Law, IT Law and Labour Law.

Ms. El Masry conducted various due diligence reviews on companies of diverse sectors and participated in the drafting of the relevant transaction documents, mainly the contracts necessary in the M&A transactions such as Share Purchase Agreements, Shareholders Agreements and Escrow Agreements. She has also been involved in major IPO’s and private placements handled by the Firm, which included drafting the relevant sections of the International Prospectus or Offering Memorandum and review of underwriting agreements and/or any other agreements necessary for the IPO.

Furthermore, Ms. El Masry has helped in providing a number of major oil and gas companies with legal advice on concession agreements and regulatory issues pertaining thereto, and has assisted several clients in negotiation and drafting contracts of various types. Ms. El Masry also has been seconded for more than three years in one of the major oil and gas companies in Egypt.

Ms. El Masry is a member of the Egyptian Bar Association.

Founding Partner and Head of Mergers and Acquisitions Group