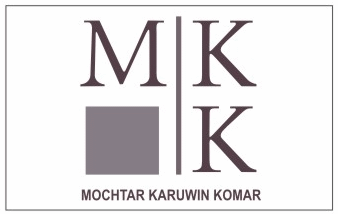 How would you characterise the change in approach to power procurement since president Jokowi came to office?

The new Government has signalled its strong desire from the beginning to begin robust development of infrastructure, particularly in the power sector. In the power sector, the Government intends to simplify the procurement process without reducing the standards relating to financial and technical capability of the developers. The Government has been simplifying the bureaucratic process which has hampered PLN in encouraging the private sector to develop power generation facilities. PLN has been given more flexibility in entering or awarding projects to the private sector, with certain limitations, so that the appointment of the private sector can be done more efficiently. It also provides a set time limit for certain processes to ensure the projects move along. On the other hand, the Government has introduced an independent procurement agency tasked with conducting due diligence of the prospective developers to ensure that the competing participants meet the technical and financial requirements to develop projects. There are efforts underway to correct shortcomings considering the slow progress with the previous fast track program (FTP) which was intended to achieve 10,000MW.

What were the significant changes to law and regulations in Indonesia’s power industry following Jokowi’s pledge to increase energy production and supply?

The Government has introduced several regulations to improve power sector development. The most well-known one is the approval of PLN’s power supply master plan which targets development of 35,000MW in the period of 2015-2024. Many view this as an ambitious target, but the Government has forged ahead and has taken steps to achieve the target.

The Minister of Energy and Mineral Resources (MEMR) issued Regulation No. 3 of 2015 on Power Purchase Procedures and Ceiling Price for Mine-Mouth Power Plants, Coal-fired Power Plants, Gasfired/dual-fuel Power Plants and Hydro Power Plants (MEMR 3/2015). It seeks to improve the procurement process by PLN. PLN is allowed to use the scheme of direct selection (pemilihan langsung) as well as direct appointment (penunjukan langsung) for certain types of projects.

Direct selection may be used for power purchase in the case of (i) energy diversification; and (ii) expansion of existing power plants in different locations but on the same grid (electricity grid). The latter is expected to foster efficiency in the procurement of developers. It allows a developer with an established track record to participate in power generation in another location as long as the project is located on the same grid. For instance, an existing developer of a power plant in East Java is eligible to participate in a power project located in West Java under a simplified selection or appointment process. It is expected that procurements can be expedited with less eligible but more qualified or proven participants.

The MEMR also introduced regulation No. 01 of 2015 on Co-operation for Power Supply and Joint-use of Power Transmission (MEMR 1/2015). It enables an existing power plant developer to cooperate directly with other power plant developers in providing electricity. MEMR 1/2015 also provides that this cooperation does not need a new power supply license. Note, however, that the price for the power still needs the approval of MEMR. MEMR 1/2015 also provides the possibility for joint-use of power transmission infrastructure by other developers. In practice, many developers have experienced difficulties in procuring land for power transmission lines. It is expected that by the scheme of joint-use of power transmission lines, this impediment will be minimised.

The Government also introduced a new regulation to overcome difficulties in land procurement (see below). In addition to the above, MEMR also established a project management office which is the so-called National Power Development Program Unit to supervise implementation as well as to support governmental cross-sector coordination on power project development. It is currently chaired by the former Director of PLN who is expected to have a good grasp of practical issues.

In general, the new Government is also urging that the process for private sector parties to obtain their business licenses be simplified, including in the power sector, through the introduction of a one-stop service for licensing at the Investment Coordinating Board (BKPM).

The public generally views the new Government’s plans to bring 35,000MW by 2024 as somewhat ambitious. MEMR has publicly announced that the target is a must given the current state of infrastructure in Indonesia. It demonstrates the will of the Government to foster power development. Under the power supply master plan, around 25,000MW is expected to be developed by the private sector. PLN, a state-owned enterprise, will focus more on the development of transmission lines throughout the country. The success of the 35,000MW project will significantly depend on the attitude of the Government to attract private sector interest in developing the power sector. Various regulations have been introduced for this purpose. Regardless of the viability of meeting the ambitious target set by the Government, there is no doubt that there will be an improvement in terms of capacity in the power sector in the near future. However, it needs to be supported as well by the regulations and policies relating to investments and doing business in Indonesia generally.

One of the more pressing issues relates to land acquisition. What attempts have been made recently to overcome land acquisition and other common bottlenecks for power procurement?

A significant impediment to the development of power projects in Indonesia is the difficulty in land procurement. The former Government tried to solve this issue through the issuance of Law No. 2 of 2012 on Land Procurement for Public Purposes (Law 2/2012) which provides a compulsory mechanism to procure the land. This mechanism, however, has not been really tested, and is viewed in some quarters a being too narrow, as it only allows government agencies or state-owned enterprises to undertake land procurement. The new Government tried to resolve the issue by introducing Presidential Regulation No. 30 of 2015 on the Third Amendment of Presidential Regulation No. 71 of 2012 (PR 30/2015). PR 30/2015 allows the private sector through an authorization (kuasa) by a Government Agency or a state-owned enterprise to conduct land procurement with the mechanism provided under Law 2/2012. The procurement of land using this scheme is expected to expedite the process for land procurement, a problem which has haunted the development of projects in Indonesia, particularly large and high profile ones. But again it is still an untested regime.

How would you characterise the role of the IIGF to date?

The IIGF is intended by the Government to enhance the bankability of a PPP (public-private partnership) project without giving unlimited exposure to the Government. It is conducted by the provision of a guarantee of the financial obligation of the Government Contracting Agency in a PPP project by the IIGF. In practice, however, the private sector still have reservations regarding the financial capacity of the IIGF in the long term. This is a critical point, as the PPP project is designed to last for a long term period, i.e. 20-30 years. Consequently, the private sector still sees the need for enhancements to be provided by the Government to supplement the capacity of IIGF. It would seem to be reasonable considering the relatively short IIGF track record compared to the risks implicit in PPP projects. In case of provision of guarantees by the Government, under the present regulation the IIGF will act as the administrator for the government guarantee.

What sort of appetite do you expect among bidders for the upcoming Java 5 and Java 7 projects?

Java 5 and Java 7 are mega projects and both have a capacity of 2x1000MW. These look to be projects implemented through the procurement mechanism under MEMR 3/2015 which allows for procurement by way of direct selection (for expansion in different locations but on the same grid). The bidders consist of participants who are already experienced in power projects in Indonesia. These projects will serve as a benchmark for project implementation in the era of the new Government. The bidders expect that implementation, including the bidding process, for these projects will significantly improve in terms of efficiency, time to completion as well as bankability of the project structure.

The financial closing of Sarulla is a milestone for the geothermal sector in Indonesia which has not seen a closing (financing) since at least a decade ago. Due to the nature of geothermal operations which carry considerable risks as well as a shortage of Government support, many geothermal projects failed to meet certain risk levels required by international lenders. Sarulla is the first power generation project that was closed with the enhancement of a so called “Business Viability Guarantee Letter (BVGL)”. It is intended to “provide comfort” on the business viability of PLN. The BVGL was introduced by the Government through the Minister of Finance in 2011, and several power projects have been granted BVGL by the Government – yet, Sarulla is the first project to obtain financing from development finance institutions. It is noteworthy that Sarulla is a geothermal project developed under the pre-2003 Geothermal Law scheme. It has different structure compared with geothermal projects undertaken nowadays. It will be more intricate due to the introduction of the new Geothermal Law in 2014. Nevertheless, the approach for financing will not be drastically different, particularly since the pre-2003 Geothermal Law structure is relatively more complex than the geothermal projects being developed nowadays.

What attempts are being made to promote renewable development?

The former Government called for an improvement in renewable energy development. Back in 2014, MEMR issued several regulations to set the ceiling price (feed-in tariff) of various forms of power from renewable energy, including hydro power plants, photovoltaic power plants, geothermal power plants as well as waste to energy plants. These regulations increased the ceiling price set by the former regulations to make them more attractive to the private sector. The regulation also provides a mechanism for existing developers, i.e. projects developed prior to these regulations, to request for an adjustment of the power price. The Government also included the Batam waste to energy project in its program on PPP project in the hopes of the project being accelerated and becoming a pioneer project within the country.

The new Government also views renewable energy as an important aspect for the energy sustainability of the country in the long term. MEMR 3/2015 also includes hydro power plants as one type of projects for which the purchase of power can be procured through the direct appointment scheme.

Ferdinand Jullaga is an associate in MKK’s energy and infrastructure practice. His areas of practice encompass infrastructure particularly the power sector, mining and oil & gas. He advises on project development, financing as well as regulatory frameworks for both developers and lenders. His recent transactions include: representing the developers with respect to the financing of one of the largest geothermal projects in North Sumatra, and advising developers on the project development of 2x1000 MW coal-fired power plants under the public private partnership scheme in Indonesia.