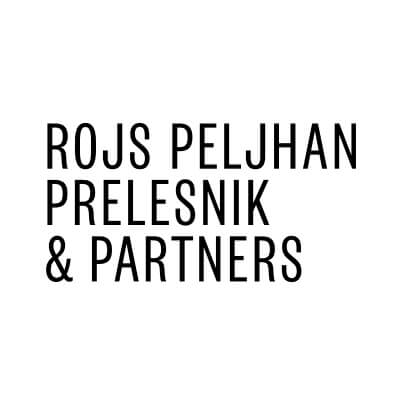 Changes to takeovers legislation in Slovenia

The Slovenian Takeovers Act (Zakon o prevzemih) sets out the legal framework regulating mandatory and voluntary takeover bids. Takeovers legislation applies to Slovenian joint-stock companies, the voting shares of which are listed on an organized stock market as well as Slovenian joint-stock companies, the shares of which are not listed on an organized market, but which have at least 250 shareholders or a total capital of at least €4 million.

Amendments to the Takeovers Act

The requirement to launch a mandatory takeover bid once the initial one-third of voting rights threshold is exceeded proved to be too rigid once the financial crisis set in. While the Takeovers Act provided for several exceptions to the mandatory takeover bid requirement, none of them were particularly suitable to tackle the challenges that lenders of insolvent companies were faced with.

Before the economic meltdown hit Slovenia, financial and corporate restructurings were a rarity. In the past years lenders operating in Slovenia started to act upon the realisation that they have to take decisions to either sink or take control over pre-insolvent companies to whom they have heavily lent in the years of economic upturn. One of the practical risks that lenders were facing was that through measures of financial restructuring or realisation of share pledges they had the opportunity to become owners of pre-insolvent companies but the resulting change of control in joint stock companies would typically trigger a requirement to publish a mandatory takeover bid for shares of minorities. Any kind of mandatory takeover bid was not a path any typical lender was willing to take for several reasons. Most apparently, lenders were not inclined to invest any additional cash into purchasing shares in highly distressed companies. The lenders’ aim was to seize control of a distressed company only temporarily and restructure it with a view of ensuring the repayment of their loans and maximizing their exit from the ownership structure. On the other hand, non-compliance with the obligation to publish a mandatory takeover bid was not something lenders could consider given the consequential standstill of voting rights and potential exposure to liability to compensate damages caused to minority shareholders.

The need for restructurings resulted in the introduction of several amendments to the Takeovers Act both in 2012 and 2013. The latest amendments empower the Securities Market Agency to grant to persons who will in the course of financial restructuring (even outside of formal insolvency proceedings) exceed the takeover threshold an exception from the requirement to publish a mandatory takeover bid. The Securities Market Agency’s approval has to be obtained in advance and applies for a period of five years. It is considered that five years are sufficient for lenders to restructure the target company and sell it to an investor.

An important consequence of any person (acting alone or with its concert parties) exceeding the takeover threshold but failing to publish a successful takeover bid is the civil sanction of standstill of voting rights. Before the amendments of the Takeovers Act in 2013 there were no rules enabling the Securities Market Agency to issue an individual or block exception allowing persons to vote on specific matters notwithstanding the general standstill of voting rights. Currently, the Takeovers Act provides that the Securities Market Agency can allow a person who is in breach of the mandatory takeover bid requirement to exercise voting rights on matters which are necessary for the protection of public interest (such as for example, safety or defence of the state, public safety, the functioning of the economy) or in order to effect a financial restructuring. However, the Takeovers Act still does not provide the Securities Market Agency with the power to allow voting to a potential acquirer who failed to publish a mandatory takeover bid in order for such acquirer to preserve the value of its investment (e.g. to avoid minorities seizing management control due to the standstill of voting rights applying to such acquirer).

The obligation to publish a mandatory takeover bid if the takeover threshold is exceeded also does not apply if the threshold was exceed by a Slovenian or EU Member State bank through the realisation of pledges or other security over shares of the target company. This exception was introduced into the Takeovers Act already in 2012. The banks do not have to obtain any prior approval of the Securities Market Agency for the exception to apply but are rather only obliged to notify the authority of the acquisition of shares. However, the exception is limited in time, as after two years following the acquisition of shares the relevant bank (or banks acting in concert) have to publish a takeover bid unless they have in such period reduced their shareholding below the takeover threshold.

Changes to the Takeovers Act are importantly facilitating financial restructurings and have made possible a variety of different sale process structures.

Bojan Šporar has joined (the then) Colja Rojs & Partnerji in 2007 after his competition law traineeship at Linklaters and court articling at High Court in Ljubljana. His recent work includes one-stop-shop transaction advice to Kimberly Clarke in its Slovene-based M&A acquisitions, Agrokor in its bids for Mercator (largest Slovenian retailer), a financing party in the Helios acquisition, target in the Fotona privatization and bank restructuring and sale advice to one of the largest Slovenian banks. In addition to M&A and general corporate work, Bojan’s key area of practice is banking and finance transactions (banking rules, financial regulations) for foreign and domestic institutions, but also includes advising foreign clients on cross-border provision of payment services and takeover financing and general lending schemes. In the firm, he specialises in bank and leasing companies’ originated securitisations, structured finance deals, security enforcement and bankruptcy remoteness to local banks.