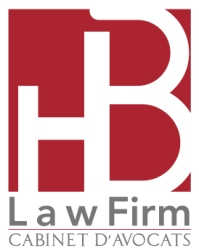 Changes to the Moroccan competition regime

Morocco has promulgated in late 2014 new laws relating to (1) competition and antitrust, and (2) the competition council ("the Law"). This council is the authority entitled to perform an ex ante and ex post investigations into the operations in the relevant market from a competition law perspective.

The Law has provided new provisions in the Moroccan legal arsenal. Among these provisions, there are:

The voluntary investigation power of the Competition Council:

The Law has granted the Competition council voluntary investigation power.

In this regard, the Competition council may take up cases on its own initiative in practices that may affect the free competition.

General competence in the fight against anti-competitive practices and merger control:

The aforementioned Law No. 20-13 endows the competition council with a general competence for regulating competition in all markets in accordance with Article 166 of the Constitution.

Indeed, under the previous legislation, a significant number of economic sectors were outside the scope of intervention of the Competition Council, or because of the absence of such express provision by the Law, either because of the tangle of the prerogatives of advice on regulatory and fight against anticompetitive practices with grants of sectoral regulators:

“Bank Al Maghreb” for credit institutions, “ANRT” for telephony and internet services, and “HACA” for radio and TV stations ... etc.

Before the reform, the Competition Council did not have any decision-making power since its role was to advise the Prime Minister and some organisations provided by the Law.

With the new Law, the Board has a power of injunction and repression. In this regard, it may order an end to cases of abuse of a monopoly. Also, any proposed concentration that exceeds the thresholds provided for by the Law on freedom of prices and competition is now subject to the prior approval of the Competition Council.

Furthermore, the Law recognises the Competition Council's right to make voluntary investigation; whenever it finds market malfunctioning or it believes that its intervention is crucial to promote competition in a particular economic sector.

Broadening the scope of people that can refer to the Council or ask its opinion:

The previous Law allowed only the Government and certain categories of institutions and the competent courts to refer to the Competition Council.

The new Law extends the scope to any company, which considers itself victim of a crime regarding the Law on freedom of prices and competition to refer to the Competition Council.

Power of investigation with the possibility of imposing penalties:

Discretionary power to prioritise the issues to deal with:

Under its new status as an independent constitutional authority, the Council now has discretion in terms of selection and prioritisation of issues to deal with.

The sanctioning power of the Competition Council:

The Competition Council did not have coercive power against entities that violate the Law.

It should be noted that the repressive arsenal under the old legislation has significantly changed; not only has the Competition Council the power to impose financial penalties on offenders above, but it can also impose sanctions that restrict the freedom in the most serious offenses.

In addition, the aforementioned repressive arsenal was completed through the development of a system of sanctions in the form of penalties that may be imposed by the Council in case of non compliance by the Law such as protective measures, injunction etc.

Prerogatives "advocacy" in respect of public authorities and economic operators:

With the new Laws, the Council has become a major player in the field of regulation of competition and a true driving force, as it can give advice on anything related to competition or conduct studies relating to it. It may also recommend to the administration to implement measures regarding the competition law and/or in order to improve the competitive functioning of markets.

Similarly, the Competition Council is now responsible, as an independent institution, for transparency and fairness of economic relations, in particular through analysis and market regulation.

Recognition of legal personality and financial autonomy of the Competition Council:

Before the reform, the Competition Council was formed as an administrative department attached to the Prime Minister but without legal personality.

Now, the competition council is endowed with a moral status and financial independence.