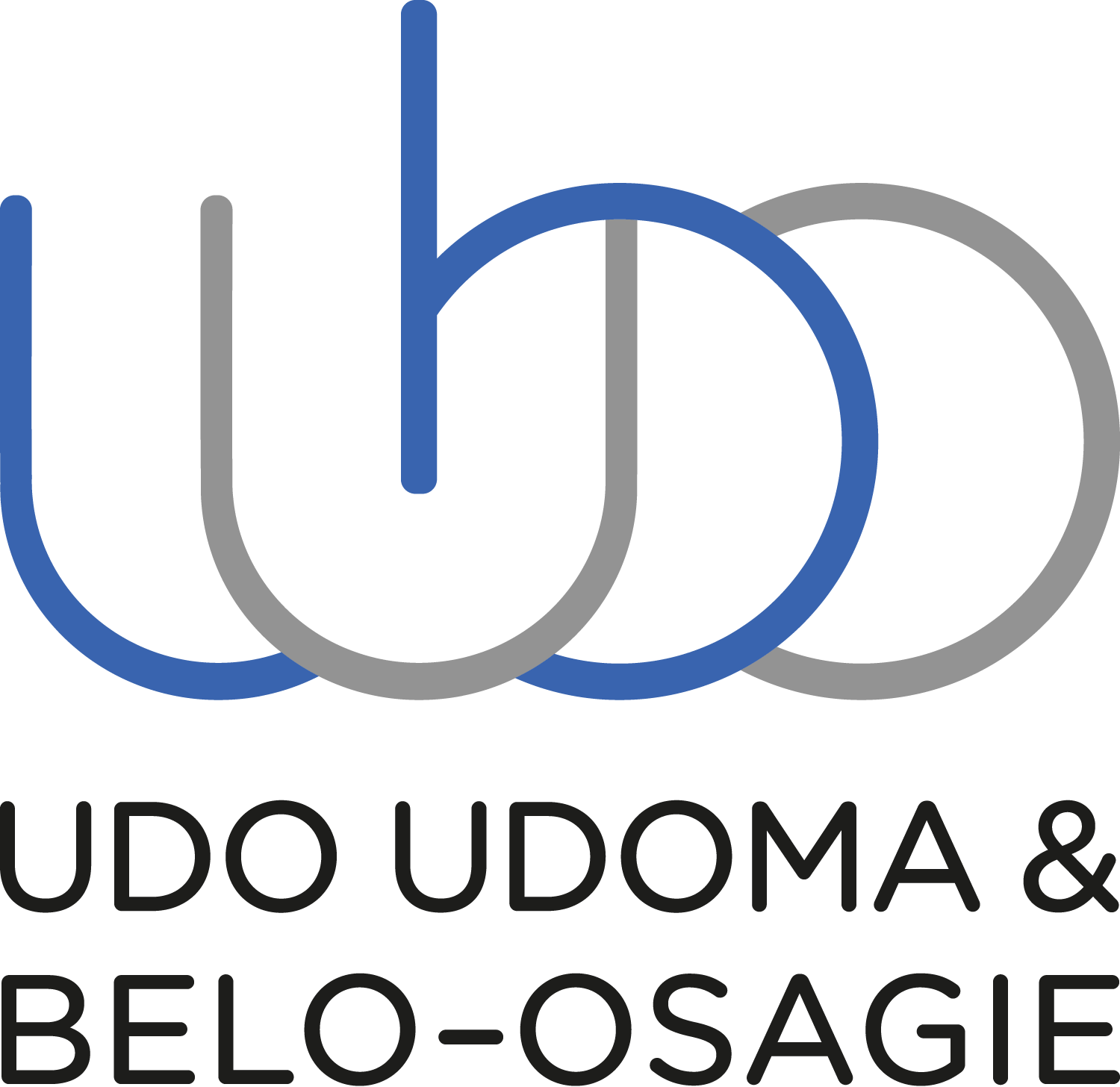 Eurobond issuance is expected to continue out of Nigeria in 2015. Explain the structure and some of the risks involved in the trend?

The Nigerian sovereign was absent from the eurobond market in 2014 but it was, nonetheless, an active year for Nigerian banks which, to date, are the only Nigerian corporates that have issued eurobonds.

Before 2012, Nigerian banks that issued eurobonds did so using special purpose vehicles (SPVs), established solely for that purpose in countries that have double taxation agreements with Nigeria. This structure was mainly driven by tax considerations, ie, the desire to avoid the tax which, in the case of a direct issuance (by the bank as opposed to an SPV) would otherwise have had to be withheld from interest payments to noteholders. In these SPV arrangements, the bonds were issued by the SPV, and the proceeds of the issuances were subsequently loaned to the bank, which in turn unconditionally guaranteed the eurobonds issued by the SPV. The loans from the SPVs to the Nigerian banks were structured so as to have a minimum term of seven years plus one day and (at least) a two-year moratorium on both principal and interest payments. This structure meant that interest payments by the Nigerian bank to the SPV would be fully exempt from the withholding of tax.

In 2012, and with effect from January 2 of that year, the federal government of Nigeria issued an order conferring a 10-year tax exemption on bonds issued by Nigerian companies. As a result of this exemption, we have seen, and have worked on, a number of eurobonds that were issued directly by Nigerian banks without the involvement of an SPV. Some of these bonds have been listed, with listings on the London and Irish stock exchanges being generally preferred.

Which entities are likely to issue eurobonds this year: the government, sub-sovereigns and state-owned enterprises, financial institutions, corporates?

The principal reason why a record number of Nigerian banks issued eurobonds in 2014 (five in total) was because of the guidelines issued by the Central Bank of Nigeria (CBN), which required the adoption of certain elements of the Basel II accord – initially, with effect from June 2014, with adoption subsequently deferred until October 1 2014. This meant that several Nigerian banks had to take steps to increase the level of their regulatory capital. The expiry of that deadline (and, hopefully, compliance by the affected banks), coupled with the fall in crude oil prices and the resulting devaluation of the Nigerian currency (Naira), means that fewer banks will need, or be willing, to take on foreign currency exposures in 2015.

New rules issued by the CBN in October 2014, in response to concerns over the growth in the foreign currency borrowings of Nigerian banks, have also had the effect of limiting eurobond issuances. These rules require, among other things, that the aggregate foreign currency borrowing of a Nigerian bank (excluding inter-group and inter-bank borrowing) must not exceed 75% of the bank's shareholders' funds unimpaired by losses. The rules require banks to borrow and lend in the same currency to avoid a currency mismatch.

In the case of the sovereign, however, declining oil prices and the resulting budgetary shortfalls mean that the federal government of Nigeria may have to resort to the international capital markets in 2015 to fund its growing budget deficit.

Do you expect the slump in oil price and the end of US quantitative easing to affect this deal flow, and/or investor demand?

We expect that the end of the Federal Reserve Bank's policy of quantitative easing will reduce global liquidity and dampen investor demand for eurobonds generally and the demand for Nigerian eurobonds more specifically.

Other factors that could have a negative impact include the recent downgrade by Standard & Poor's of Nigeria's sovereign rating from BB- to B+ and Fitch Ratings' revision of Nigeria's credit rating outlook from stable to negative, as a result of declining oil prices and concerns about political instability.

Nigeria's local capital markets are among the most vibrant and developed in Africa. What factors must a corporate or financial institution consider when choosing between an international and local bond?

The three principal factors that we have seen influence decisions by Nigerian companies and financial institutions as to whether to issue local or international bonds are the currency of issue, pricing, and timing. Nigerian corporates that have foreign currency requirements and incomes (such as banks and oil exploration and production companies) will typically seek to issue international bonds to tap into the foreign currency liquidity that is generally available in the international capital markets. Conversely, Nigerian corporates that do not have such foreign currency requirements or incomes will usually issue local bonds to avoid taking on a foreign exchange risk. Pricing is also relevant – and in this regard, international bonds are much more keenly priced – as well as timing. Local bonds, publicly offered into the Nigerian capital markets, must be registered with Nigeria's Securities and Exchange Commission and this process is both lengthy (six months or more) and relatively expensive. Eurobond issuances, on the other hand, can usually be concluded within a period of about three months.

How should issuers protect themselves against rollover risk? Are options soft/amortising bullet structures, sinking funds?

A typical mitigant for rollover risk is the establishment of a sinking fund for repayments. However, while sinking funds have previously been established in connection with local bond issuances, this has not been the case with previous eurobonds issued by Nigerian issuers. Those eurobonds have typically been characterised by a single balloon payment of principal at the maturity of the bond, thus exposing issuers (and investors) to the full extent of rollover risk.

What are local market participants' thoughts on the aggregated CAC and pari passu language proposed by the ICMA and encouraged by the G20 and multilaterals? Are these expected to be valuable to, and included by, a sovereign issuer like Nigeria?

While the International Capital Markets Association has proposed a form of aggregated collective action clause (CAC) and pari passu provisions for sovereign bonds, this language did not feature in Nigeria's previous sovereign bonds and, given the relatively infrequent issuance of such bonds, has not yet attracted the attention of local market participants. The flexibility which the aggregated CAC and pari passu language could, potentially, provide a sovereign issuer like Nigeria will mean that such language is likely to be a feature of any future eurobonds issued by Nigeria.

Is there appetite among any Nigerian issuers to follow the example set by Osun State and issue sukuk, either locally or internationally?

We are aware of only one Nigerian corporate that has issued a sukuk and while there certainly appears to be issuer interest in issuing locally, following the example set by the corporate issuer and by Osun State, that interest has not yet translated into actual issuances.

Are there any other structural idiosyncrasies that characterise Nigerian eurobonds (ie, shorter limitation periods, bond trustees instead of fiscal agents)?

As already indicated above, pre-2012 eurobonds issued by Nigerian corporates (all of which were banks) were indirect issuances that used SPVs. All of the Nigerian corporate issuers of eurobonds, to date, have been banks and there are a number of idiosyncrasies imposed by the CBN. One of those idiosyncrasies is that if the issuer of the eurobond is a Nigerian bank then, unless the CBN gives its pre-approval, early redemption can only be at the request of the issuer.

Another idiosyncrasy related to issuances by Nigerian banks is that where a bank is issuing eurobonds as subordinated debt, the CBN requires that the contracts governing the issue must expressly provide that: (a) in the case of the liquidation of the issuer, the debt will be repaid only after all other creditors not equally subordinated have been satisfied; (b) the debt has an original maturity of at least five years; (c) where there is no set maturity, repayment will be subject to at least five years' prior notice; and (d) early repayment of the liabilities may take place only at the request of the issuer and will be subject to the approval of the CBN. The CBN further requires that the subscription agreement and other contracts evidencing the subordinated debt must not contain clauses that would permit the bond to become redeemable before its maturity.

What are the particular challenges for first-time issuers?

First-time issuers of eurobonds that will be listed on an exchange will be faced with the challenge of meeting the listing requirements for the particular stock exchange on which the bonds will be listed. The extent of the disclosures required, and the commitment in administrative resources that is required to provide them, can also be a shock for first time issuers.

Despite the fact that there have been a number of direct issuances of eurobonds by Nigerian banks, there remain a number of regulatory uncertainties, which means active engagement may be required with both the CBN and the Nigerian Securities and Exchange Commission.

He has advised on a range of matters, including Nigeria's earliest global depositary receipt programme, Nigeria's first eurobond transaction, and the structuring of an international debt fund that is listed on the Nigerian Stock Exchange. He was part of the team that advised the joint lead managers and arrangers in connection with the federal government of Nigeria's $500 million and $1 billion sovereign bond issuances and the $2 billion Global Medium Term Notes Programme established by GTB Finance and unconditionally and irrevocably guaranteed by Guaranty Trust Bank and other eurobonds that were issued by banks in 2013 and 2014.

Joseph Eimunjeze is a member of the firm's banking and finance and tax teams. His specialisations include taxation, capital markets and mergers and acquisitions.

Eimunjeze was part of the team that advised the joint lead managers in connection with the establishment of the $2 billion Global Medium Term Notes Programme established by Guaranty Trust Bank. He was also part of the team that advised the federal government of Nigeria on its debut $500 million sovereign bond and the subsequent issuance of a $1 billion bond. He also has extensive experience in a range of capital market transactions, including eurobond issuances by various Nigerian banks, including Zenith Bank, First Bank, Ecobank, Fidelity Bank and Diamond Bank.

Eimunjeze was part of the team that recently advised the second-largest cement company in Nigeria, Lafarge Africa (formerly Lafarge WAPCO), on the acquisition of various cement companies in Nigeria and South Africa.