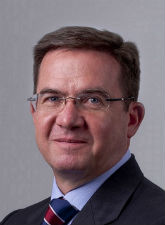 Willem Jacobs is a director and National Head of our Corporate and Commercial practice. Willem’s areas of expertise are corporate finance, mergers and acquisitions, capital markets, private equity, black economic empowerment transactions, formation, structuring and restructuring of business entities, and general commercial agreements. Willem began his career as a candidate attorney at Cliffe Dekker and Todd (now Cliffe Dekker Hofmeyr) in 1995. Willem was appointed as an associate in 1997, promoted to senior associate in 1998 and became a director in 1999.