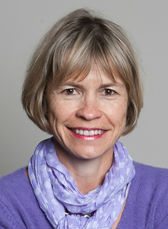 • Terry was the environmental lawyer on the team that advised the City of Cape Town on the acquisition of a R 400 million portion of land historically used for the manufacture of explosives, fertilisers and pesticides, intended for residential, commercial and light industrial use, but which is the only significant portion of undeveloped land in the City's jurisdiction.  Together with a toxicologist, Terry produced a development plan that identified areas that are safe for various land uses and those that were not and, in the case of the latter, how they might be appropriately remediated or their use sterilised. This ensured that the land was secured but that the risk to future land users was comprehensively addressed;

• Terry advised VTTI and Burgan on the legal aspects of the environmental impact assessment ("EIA") for the establishment of an R multi-million fuel storage and distribution facility in the Cape Town harbour. Until now, Chevron, which operates in South Africa under the Caltex brand, monopolised the only pipeline from the harbour to and from the refinery and other fuel storage facilities.  Chevron opposed the project's EIA, claiming that the establishment of the new facility would result in the closure of its refinery. This opposition was successfully refuted and the facility is currently being constructed;

• Terry is advising the Airports Company South Africa regarding the environmental legal implications of the realignment of Cape Town International Airport's runway. This involves balancing the need for greater passenger throughput at that airport, requiring larger planes and a longer runway, with the environmental rights of those who will be affected by the increased noise and air pollution.