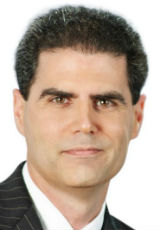 He is Co-Managing Partner and member of the firm’s Executive Committee. He also heads the Capital Markets & Banking Practice Group and the Mergers & Acquisitions Practice Group.

Widely recognized for years as one of Panama’s preeminent capital markets experts, he has also been commended for his leading role in many of the largest and most complex financial and M&A deals in Panama and the Central America region: the Republic of Panama’s Brady Bonds offer; the first securitizations of credit cards receivables, toll road payments, DPRs and residential mortgages in Panama; the IPOs of Bladex, COPA and Panamerican Beverages on the NYSE; Telefónica’s acquisition of BellSouth; the public tender offer by Bancolombia of Banagrícola; and the merger between Banco General and Banco Continental, resulting in Panama’s largest bank.

Mr. Arango has been instrumental in creating many of the financial structures that are now common in Panama. He spearheaded, the 1999 Presidential Commissions that drafted Panama’s current securities act and later on drafted the rules of operation of LatinClear, Panama’s clearing and settlement agency.

Prior to joining the firm, Mr. Arango worked in New York.