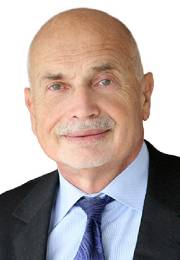 Marek Wierzbowski partner; previously he was an equity partner of Linklaters.

Prof. Wierzbowski as an attorney has led teams of lawyers acting on a wide range of major transactions including sale of shares of Pekao S.A. and PKN Orlen S.A. and Tauron S.A., as well as a number of public offerings of securities. He represents private parties before regulatory agencies and other governmental authorities (mostly in the area of administrative law including energy, telecommunication, competition, banking and capital markets etc.) as well as before the administrative courts and arbitration tribunals. In the investment arbitration case: Eureko v. Republic of Poland he was one of the lawyers acting on behalf of the Republic of Poland.

He is professor ordinarius at Warsaw University School of Law; former vice-chancellor of Warsaw University. Currently at the Warsaw University he chairs the Program Council of the Research Center on Legal Aspects of Blockchain Technology. He teaches Business Law, Capital Markets Law and Administrative Procedure. He has taught as a visiting professor at five American schools of law.
Marek Wierzbowski vice chairs the Polish Hub of the European Law Institute , and presides over the Arbitration Court of the Chamber of Brokerage Houses.

Polish daily Dziennik Gazeta Prawna granted to prof. Wierzbowski award “Golden Paragraph” for being the best attorney at law.
From 1994 till 2016 he was sitting on the Supervisory Board of the Warsaw Stock Exchange (as a vice-chairman, from 2000 to 2004 he was the Chairman of the Board). Also he was a chairman of the Construction Law Codification Committee of the Republic of Poland, a member of the Public Procurement Board and an adviser to the Minister of Privatization, adviser to the Minister of the Treasury and to the President of the Energy Regulatory Office. He was also vice-president of the Arbitration Court of the Polish Chamber of Commerce. Till March 2019 he was a member of the Board of Polish American Fulbright Commission.

He is an author , co-author or co-editor of several handbooks and commentaries concerning capital markets, business law and administrative procedure. Judges in their judicial decisions often quote publications written or edited by professor Wierzbowski. (5711 times during last four years – according to system of judicial information Lex)