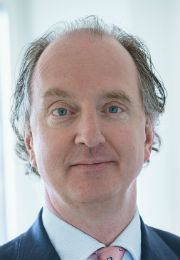 Marcel Windt specialises in insolvency law and restructuring. He acts both as a court-appointed trustee and as an adviser of companies and (distressed) funds, foreign trustees, foreign counsel, creditors, (interim) management and banks. Marcel advises his clients on liability, risk- and reputation management, security rights, acquisitions and the implementation of the restructuring of a business in view of its financial problems, often in an international environment.

Marcel is past president and honorary member of the Dutch chapter of the Turnaround Management Association, a former INSOLAD board member, member of Insolad's disciplinary committee, a member of INSOL Europe and member of the Association of Comparative and International Law. Guides that chart the legal part of the restructuring business such as IFLR and Chambers (band 3) and the Best Lawyers in the Netherlands rank Marcel Windt as one of the leading restructuring & insolvency specialists in the Netherlands.