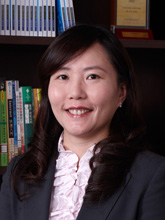 Ken-Ying’s practice focuses on mergers and acquisitions. She has extensive experience in cross-border M&A transactions having advised multinational companies on compliance, procedure and requisite applications in respect of this particular branch of the law. She currently heads the M&A practice group (non-financial sector) of Lee and Li and she was recognised as the Asia leading lawyer in the M&A field in 2013 and 2014.

Ken-Ying also advises clients on inbound and outbound investment matters and onshore and offshore IPO matters. She is advising the Taiwan government on the liberalisation and reforming of its foreign investment regulations. She also assisted the government in promoting foreign/PRC investments in Taiwan. In 2010, she delivered a presentation on ECFA and investment in Taiwan for CEPD’s “Investing Taiwan” project in New York, San Francisco and Los Angeles.

Other than the above, Ken-Ying has formed the Personal Data Protection Practice Group at Lee and Li and was nominated as an Internet, e-commerce and data protection expert by WHO’S WHO LEGAL in 2012 and 2013.

• Advising on the restructuring of the Mstar Group.

• Advising on the transfer of the CNS Group (the largest MSO in Taiwan) to MBK.

• Advising on the merger of Taimall Shopping Mall and GIC.