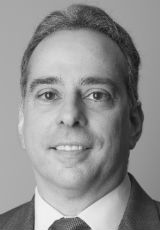 Dr. Alejandro Ferrer joined Alemán, Cordero, Galindo & Lee in 1998 as a Partner. Dr. Ferrer has advised domestic and international companies on a broad array of legal and commercial matters. Considered as a resourceful advisor for international commercial relations due to his vast experience in the field, Dr. Ferrer is also the author of Accession of Panama to the WTO: Implications for Developing Countries Joining the World Trade System.  Dr. Ferrer has been recognized as a leading lawyer in the areas of Corporate, M&A and Dispute Resolution by Chambers & Partners, Finance and Corporate and Energy and Infrastructure by IFLR1000, and Dispute Resolution by Legal 500.

• Advised First Quantum Minerals Ltd. as local counsel, in its US$5.1b acquisition of Inmet Mining Corp. which owns Minera Panamá and has one of the largest copper mine development projects in Latin America. This is believed to be the largest private M&A transaction in Panamanian history.