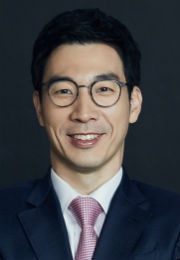 Mr. Gee Hong Kim heads the Antitrust & Competition Team at Jipyong LLC. He is an experienced trial lawyer and frequently sought after by sophisticated corporate clients for their most complex and challenging first instance and appellate cases.

Mr. Kim specializes in competition law, securities and shareholder disputes, insurance law, construction, and international arbitration. Mr. Kim is critically acclaimed as one of the most formidable and accomplished professionals of his generation. He was recognized by IFLR 1000 as a Leading Lawyer in 2017 and has since been consistently recognized as a Highly Regarded Leading Lawyer from 2018~2021. Mr. Kim graduated top of his class (Faculty of Law) at Korea’s highest ranking university and received the Judicial Research & Training Institute (JRTI)’s President’s Award upon completion of his JRTI training.

In April 2020, Mr. Kim was bestowed the President’s Award for remarkable contributions to Korea’s market economy and fair trade practices. The award is the country’s highest commendation, and Mr. Kim is the first private practice lawyer to receive the commendation from the KFTC. Mr. Kim has represented the KFTC in a number of landmark cases, gaining a reputation as one of the most pioneering and brilliant attorneys of his time. Most notably, he successfully represented the KFTC in a historic decision against Qualcomm for abuse of market dominance and defeated the global giant’s court appeals to set aside the KFTC’s largest fine to date of KRW 280 billion (USD 250 million). He continues to handle the most challenging and high-profile competition cases, such as the acquittal of Kakao Corporation’s Chairman from antitrust charges and the KFTC’s ongoing abuse of market dominance investigation into Korea’s largest internet search engine, Naver Corporation.

Mr. Kim also represents a diverse range of Korean and foreign corporations in domestic litigation and international arbitration. Mr. Kim serves as a Non-Governmental Advisor to the International Competition Network and Director of the Korean Competition Law Association. Mr. Kim is on the panel of international arbitrators of the KCAB and regularly teaches at Seoul National University Law School. Mr. Kim has an LLM from Columbia Law School and is fluent in English.