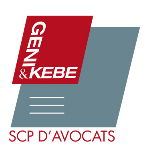 1. Overview of the legislative framework of Gabon

These countries share the same currency, the same central bank (BEAC) and the same business law.

These countries share a common business law including commercial law, corporate, securities, debt recovery, insolvency, arbitration, accounting, transport of goods by road. They have the same common Court of Justice and Arbitration.

Investments are regulated by the followings laws:

The Investment Agency (APIEX) is set up in 2010 to provide information on the investment climate and assist investors in the formation of new companies.

According to the Investment Agency (APIEX) the following sectors are eligible: agriculture, natural resources, forestry, telecommunications, mine and oil, energy, arts, health, tourism, education, manufacturing, other sectors with the exception of construction and public works, trade, transport, banking and financial services.

2. The financial and banking system

The financial and banking systems in Gabon are governed by the regulations of the Central African Economic and Monetary Community (CEMAC), the rules of the Bank of Central African States (BEAC) and domestic law relating to banking regulations.

The regulations of the CEMAC are the following:

• Convention on the harmonisation of banking regulation in the states of Central Africa dated January 17 1992
• Regulations relating to systems and means of payment, payment incidents dated April 4 2003
• Regulation No. 04/08 / relating to corporate governance in CEMAC credit institutions of October 6 2008

The regulations of the BEAC are the following:

The banking sector is composed of nine commercial banks and is open to foreign institutions, but remains highly concentrated with three of the largest banks accounting for over 80% of all loans and deposits.

On October 16 1990, the six CEMAC States Parties signed the Convention establishing a Banking Commission of Central Africa (COBAC) whose mandate is “to ensure compliance by credit institutions of legislative and regulatory provisions issued by the Authorities, by the Central Bank or by itself and which apply to them and to punish breaches reported.”

Gabon hosts the Central African Stock Exchange (BVMAC), which was launched in 2008. The country successfully issued a 10-year $1 billion Eurobond in 2007, which registered strong investor interest.

As a member of the CEMAC, Gabon shares a common currency, Central Bank, the Bank of Central African States (BEAC), and joint monetary policy with other CEMAC member states. Under CEMAC rules, national treasuries are allowed to issue Treasury bills and bonds through weekly and monthly auctions. However the government securities markets has yet to take off in the region.

Primary subscription to government instruments (with the exception of bonds syndication where all investors have free access) is restricted to primary dealers with registered depository accounts and sufficient reserves at the BEAC. Since 2004, a few brokerage houses have become active in the region, three of which are located in Gabon. However, all investors can access the market via primary dealers and foreign investors can access the market through local banks. Activity in the corporate debt market has recently been increasing, but the number of non-government traded securities remains rather limited. The secondary market in the region is also still very small, with all transactions restricted to certified intermediaries, and there is no active derivatives market.