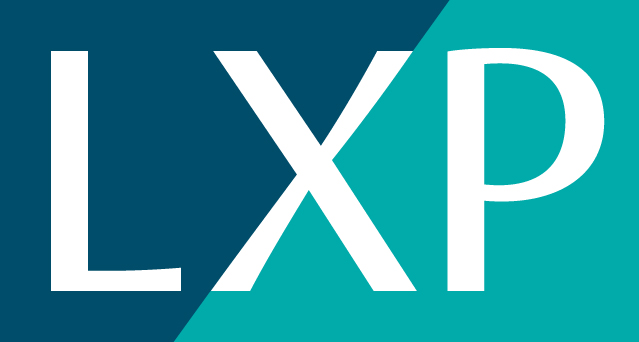 In a decision delivered on February 1 2016, the Supreme Court of the Commonwealth of the Bahamas has refused the liquidators of Caledonian Bank (in official liquidation under the supervision of the Grand Court of the Cayman Islands) recognition in the Bahamas, where assets in the region of $16 million are held.

Keiran Hutchison and Claire Loebell, the liquidators of Caledonian Bank, petitioned the Bahamian court for recognition as foreign representatives. They sought declarations that they be recognised to act in the Bahamas on behalf of Caledonian Bank and that the Cayman proceedings be recognised as foreign proceedings within the meaning of Section 253 of the Bahamian Companies Winding-up Amendment Act 2011 in order to facilitate actions by the Cayman liquidators in the Bahamas to collect moneys and/or to take possession of property belonging to the company as part of the liquidation process taking place in the Cayman Islands.

The Cayman proceedings have already been recognised in various forms by the courts in Australia, England, Ireland and the United States.

Under the winding-up order given by the Cayman court, the Cayman liquidators have, among other things, the power to:

The Cayman court appointed liquidators, petitioned the Bahamian court for recognition and sought relief by way of statutory assistance pursuant to Part VIIA of the Bahamian Companies Winding-up Amendment Act in addition to recognition at common law in the alternative.

The Bahamian court held that neither the Cayman proceedings nor the Cayman liquidators fell within the statutory definition of 'foreign proceedings' and 'foreign representatives' as defined within Section 253 of the act, since the Cayman Islands were not designated as a 'relevant foreign country' for the purpose of the definition under the statute. In fact, no countries have yet been designated.

The court held that the statutory regime to grant assistance was not available to the petitioners since they were not appointed liquidators of Caledonian Bank for the purpose of "a judicial or administrative proceeding" in a country designated by the Liquidation Rules Committee as "a relevant foreign country". On the same reasoning, the Cayman proceedings were held not to be foreign proceedings since no list of designated countries has yet been created.

The petitioners also applied for recognition at common law appealing to the inherent jurisdiction of the court which had been exercised in the Bahamas for more than 100 years, prior to the passing of the amended legislation.

It was submitted that recognition should still be available to the liquidators on the basis of the court's inherent jurisdiction to assist a liquidator in foreign liquidation proceedings, even if the liquidator is not a 'foreign representative' within the meaning of the statute in accordance with the principle of modified universalism.

The court considered the cases of Re HIH Casualty and General Insurance Ltd ([2008] 1 WLR 852), Rubin v Eurofinance ([2013] 1 AC 326), Singularis Holdings Ltd v PricewaterhouseCoopers [2014] UKPC 36 and In the Matter of Swissair Schweizerische Luftverkehr-Aktiengesellschaft ([2009] EWHC 2099 (Ch)), among others, in relation to the court's common law power to assist foreign winding-up proceedings so far as it properly can. The court accepted that under the common law principle the power to recognise a foreign office holder and grant assistance is not restricted by reference to the country, territory or jurisdiction in which he or she was appointed, and held that "in this regard it is an open gate subject only to local law and local public policy".

The court also accepted "without hesitation that the principle of modified universalism is a recognised and established principle of the common law", and further held that "the statutory powers of liquidators in the Cayman Islands are generally equivalent in the Bahamas". However, Moree J (Ag) considered the critical question to be whether the common law power to grant recognition and assistance to foreign officeholders (whether they are foreign representatives as defined in the statute) in insolvencies with an international element survived the enactment of the statutory scheme.

Despite hearing arguments in support of the proposition that in England common law principles coexist alongside the statutory procedure under Section 426 of the Insolvency Act 1986, the EU Insolvency Regulations and the United Nations Commission on International Trade Law Model Law (UNCITRAL) Model Law, the court determined that since there are no provisions within the Bahamian Statute comparable to Article 7 of the Model Law(1) – which the court held supplemented and did not supersede the common law, such a provision was viewed as distinct from the framework in the Bahamas under Part VIIA of the Bahamian Companies Winding-up Amendment Act, and was construed by the court to be a savings provision.

In doing so, the court rejected the view that the common law power could coexist alongside statutory recognition. It was held that the common law power would render the statutory power virtually otiose. Further, in taking this view the court determined that it is the ability to recognise and grant ancillary relief at common law to those outside of the statutory class of foreign representatives which is repealed or abolished, and common law assistance cannot be granted to any country which is not on the list. A similar construction was given by Judge Bannister in the British Virgin Islands in Re C (a bankrupt) (BVI HC 0080/2013). Although there, a list of relevant foreign countries has been designated and also legislation based on the UNCITRAL Model Law has been adopted and their statute contains a provision in a similar form to Article 7, (2) which provides additional assistance to foreign office holders.

The Bahamian court did not agree that it could usurp the function of the Liquidation Rules Committee to make designations under Section 253 by granting such assistance through the exercise of its common law power as if Part VIIA of the statute, which was intended to provide for international cooperation in insolvency proceedings, had not been enacted.

Finally, despite a plea being made that an alternative construction has arguably been placed on the scope of common law assistance in circumstances where it appeared to be an equivalent statutory power between jurisdictions, which could seemingly facilitate assistance on the basis of reciprocity, this view was declined. By refusing recognition to the liquidators, the Bahamian court, which is bound by decisions of the privy council, has declined to grant assistance to liquidators who are meant to protect the interests of creditors, not the debtors' estate, particularly by collecting assets for distribution for the benefit of its creditors.

Endnotes
(1) Which provides that "Nothing in this law limits the power of a court or British insolvency office- holder to provide additional assistance to a foreign representative under the other laws of Great Britain".
(2) Section 470 of the British Virgin Islands Insolvency Act.