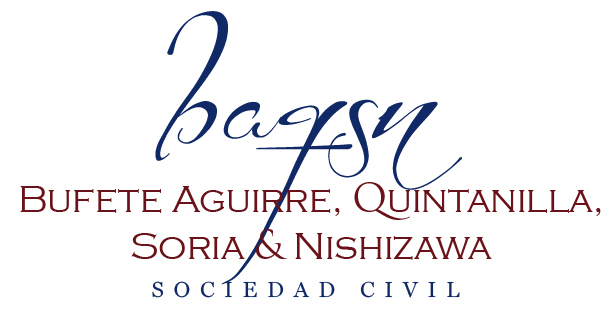 The new Political Constitution of the Bolivian Plurinational State was enacted on February 7 2009, with a strong nationalistic orientation. Economic policies are declared to be based on the plurality of participants from the state, private and community sectors. Private investment is guaranteed in order for it to contribute to social and economic development. Numerous rules govern the various sectors of economic activity. Long term social security managed since the 90’s by private administrators of pension funds with foreign participation, as part of the privatisations policies, is to be transferred to a state entity as is now mandated by a law passed in 2010, negotiations being conducted to that effect.

The new constitutional rules and its “non liberal” though “plural” orientation made and makes the enactment of numerous implementing laws a necessity. Some have been passed but many others are pending. On the economic sectors’ front there are for example new laws for transport and telecommunications, investments and mining, the later enacted after three years of negotiations between the state, the strong mining cooperatives, small miners and private companies. New laws on hydrocarbons, electricity, labour, arbitration and a general tax reform are amongst laws pending consideration and enactment.

A new Law of Financial Services (Law No. 393) was enacted in August of 2013, a long and complex set of new rules, that has substituted the prior Banking Law and its regulations. Although the new law is effective now, new regulations are under way for its full implementation, characterised by a greater and active control and participation of the state in the financial market. It is aimed to foster economic growth of the Bolivian people through the financial system. This law follows a previous one by means of which corporate income tax for banking institutions has been increased by a 12.5% additional rate (to the standard 25% tax on net company profits), applicable under certain conditions.

The new Law creates a Financial Stability Council as a consulting organ, composed of various authorities of the Government related to the financial system. The current Authority of Supervision of the Financial System (ASFI) is now entrusted to supervising the financial entities and controlling  “enforcement” of the law and regulations, rather than to defining general policies for the financial sector, which is entrusted to the Council.

Through the new system, the State will now actively participate in the definition and implementation of certain maximum interest rates (in the areas of the productive sector and housing of social interest). Certain minimum portfolio that has to be allocated to said areas at each financial institution and for the allocation of resources to the productive chains. As a result, some financial institutions may be forced to subsidise credits with operations with clients from other sectors.

Other changes introduced by the law also give ASFI a greater power to impose to financial institutions obligations to inject additional capital contributions in periods of low or negative economic development, and to enact rules related to the distribution and reinvestment of profits. All the financial institutions now have to comply with a “social function” under the control of ASFI.

As with the previous law, transfers of shares in a financial institution that result in a holding 5% or more of the shareholding of the institution must be previously authorized by ASFI. The law is now clear in the sense that ASFI has the authority to reject said transfers.

The law also attempts to implement and develop practices to secure financial operations with non-conventional guarantees (guarantee funds, agrarian collateral, custody of documents over immovable property, pledge of machinery, surety from the communal or territorial organizations, registered intellectual property and others).

Lending rules by foreign financial institutions to the private and public sectors remain unchanged subject to compliance with proper formalities and certain substantive rules of Bolivian law. All private financing is to be registered with the Bolivian Central Bank. Enforcement of foreign judgments and arbitral awards may be facilitated by new rules under the new Code of Civil Procedure. On enforcement of foreign arbitral awards Bolivia remains a party to the New York Convention.

State fiscalisation and control on private companies generally has increased, particularly on taxation, regulatory and corporate compliance. The National Confederation of Private Companies has complained to the government on excesses by certain authorities, mainly because of unjustified and excessive sanctions. Large controversial tax claims with private companies are in process of resolution by administrative or judicial authorities.

The Bolivian economy remains strong. It’s considered to be one of the fastest growing in the Latin American region. Exports, especially of natural gas with very favourable prices, provide a substantial income for the state; as does the new hydrocarbons’ tax structure that followed partial nationalisation policies. Monetary and fiscal policies are under control: a very stable currency and fiscal and commercial accounts surpluses; high international reserves. The economy witnesses very active commercial and agricultural and agrolivestock activity and expansion of public and private construction within a stable and strong private and public financial system. State participation in the economy, by way of old and new state or mixed economy companies on a variety of fronts, is constantly increasing. Private and foreign investment is yet considered insufficient. It’s yet to be seen if the new Investment Law and new Mining Law, more particularly, will foster much needed private investment within an economic structure highly controlled by the State.