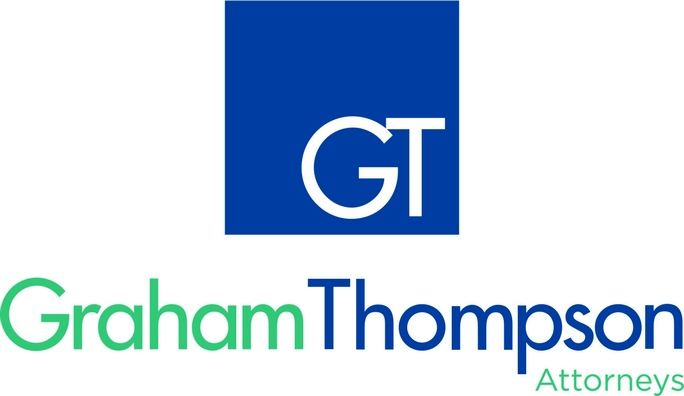 In common with most international financial centres, The Bahamas has a legislative regime for what are popularly referred to as asset protection trusts (“APTs”) or creditor protection trusts (“CPTs”). The distinguishing feature of these regimes is an unusually short limitation period for the bringing of actions to have trusts set aside as a fraud on creditors. The Bahamas is no exception. The fact is that The Bahamas has had such a regime in place for more than a quarter of century in the form of the Fraudulent Dispositions Act (“FDA”).

Under the FDA, the Bahamas Supreme Court has jurisdiction to adjudicate whether a disposition of assets constitutes a fraud on the particular creditor who has brought action and, if the court finds that the assets were fraudulently transferred, it can set the disposition aside, but only to the extent necessary to meet the claims of that particular creditor. In this latter regard, it should be noted that that there is no jurisdiction under the FDA to invalidate a trust in its entirety. The court can, of course, effectively strip a trust of all of its assets (thereby effectively destroying the trust) if all of the transfers of assets into the trust were made with fraudulent intent and if the proven claims of the suing creditor exceed the aggregate trust assets. Even in this case, however, the court is not technically setting aside the trust. Instead, it is only setting aside the transfers, albeit to an extent which voids the trust of subject-matter which, in turn, would cause it to fail on that ground.

Under the FDA, a creditor has only two years from the date of any relevant transfer to bring action to have that transfer set aside on the basis that it was made with intent to defraud.

Creditors may, however, have alternative remedies. This will be the main focus of what follows.

One remedy would be for the creditor to ignore the FDA and The Bahamas altogether and instead attack the debtor directly in his home-jurisdiction with a view to obtaining an order compelling the debtor (who is usually the de facto settlor of the trust) to repatriate assets transferred into the foreign trust. This is precisely what happened in FTC v. Affordable Media (“the Anderson Case”) in the US 9th Circuit Court of Appeals (no. 98-16378 (15th June, 1999).

The Anderson case demonstrates that if a U.S. court feels that creditors are being denied their just desserts because the debtor has spirited away assets into a trust in a debtor-friendly jurisdiction in which discovery is also hard to come by because of robust confidentiality laws, an in personam jurisdiction may be invoked against the debtor. This would be done with a view to judicially obliging him to bring the assets “back home”, as it were, to meet the claims of the creditors in question (assuming that they are “back home” as well).

Another possible line of attack against APTs would be to attack the entire trust as a sham with a view to having the trust invalidated so that the trust assets would be held on a resulting trust for the settlor (and, in consequence, become available to his creditors). To prove a sham is, however, a tall order in The Bahamas because of Section 3 of our Trustee Act, 1998. The essence of a sham claim is that the settlor has retained effective control and dominion over the trust (as demonstrated by the extent of his reserved powers under the trust deed or by a pattern of de facto control over the actions of the trustee) such that the trustee is, in substance, little more than the settlor’s agent or nominee. Section 3 of the Trustee Act, 1998, however, essentially insulates a trust from invalidation on the ground that the settlor has retained extraordinary powers or interests under the trust. So, a sham-based attack on a Bahamian trust would be very difficult to establish.

A variation on the foregoing theme would be for the creditor to bring action against the trustee in The Bahamas on the basis of the relatively new ground of tortious liability known as “Dishonest Assistance”. The essence of such a claim in the present context would be that the trustee “dishonestly assisted” the settlor in applying his assets in a way that necessarily involved a breach of the settlor’s fiduciary duty to the creditor concerned (as explained in the seminal Privy Council decision in Royal Bruenei Airlines v. Tan [1995] 2 AC 378). “Dishonest assistance” in this context means commercially unacceptable conduct in light of all the circumstances known to the trustee. As more fully explained by Lord Nicholls in Royal Brunei:

“The individual is expected to attain the standard which would be observed by an honest person placed in those circumstances….. Acting in reckless disregard of others’ rights or possible rights can be a tell-tale sign of dishonesty. An honest person would have regard to the circumstances known to him, including the nature and importance of the proposed transaction, the nature and importance of his role, the ordinary course of business, the degree of doubt, the practicability of the trustee or the third party proceeding otherwise and seriousness of the adverse consequences to the beneficiaries. The circumstances will dictate which one or more of the possible courses should be taken by an honest person. He might, for instance, flatly decline to become involved. He might ask further questions. He might seek advice, or insist on further advice being obtained. He might advise the trustee of the risks but then proceed with his role in the transaction. He might do many things. Ultimately, in most cases, an honest person should have little difficulty in knowing whether a proposed transaction, or his participation in it, would offend the normally accepted standards of honest conduct.

“Likewise, when called upon to decide whether a person was acting honestly, a court will look at all the circumstances known to the third party at the time. The court will also have regard to personal attributes of the third party, such as his experience and intelligence, and the reason why he acted as he did.”

The only case of any significance under Bahamian law in relation to the FDA is Gruppo Torras v. Al-Sabah et al [1995] BHS J. no. 86, in which it was held that the FDA has no application to a case where the transferor does not have or lawfully own, or does not have lawful power to transfer title to, the assets he transfers into trust. Indeed, the FD Act says as much in Section 7(a). The essence of the plaintiff’s case in Gruppo Torras was that the defendant-settlor had misappropriated or embezzled many hundreds of millions of dollars from the Kuwaiti Government and parked some of the proceeds in trusts in the Bahamas (and other offshore jurisdictions). The defendant initially argued that the plaintiff-creditor’s claims were out of time under the FD Act but this argument was rather easily deflected as the plaintiff had not brought action under the FD Act and, further, the FD Act would not, in any event, be of assistance to the defendant as there was a prima facie case that he did not have lawful title to the assets he had transferred into the trusts.

It is noteworthy, however, that in rejecting the defendant’s arguments, the then Chief Justice of the Bahamas in the court of first instance (partially reversed by the Court of Appeal on unrelated grounds) accepted the legitimacy of asset protection trusts of the conventional sort, i.e. trusts that are set up to insulate assets against possible future creditors and which would therefore have the protection of the FD Act, including its two-year limitation period. In this regard, the Chief Justice drew a critical distinction:

"It seems to me that it is one thing to ascribe to the Parliament of The Bahamas ("Parliament") an intention to make The Bahamas more attractive as a "tax haven" by encouraging the establishment in this jurisdiction of what are referred to in some commercial circles as "asset protection trusts" but it is quite a different matter to attribute to Parliament an intention of allowing The Bahamas' position as a legitimate tax haven to be used as a cover for fraudulent activity which has little or nothing to do with the minimization of taxes or the protection of honestly acquired assets from the sometimes and reasonable demands placed on those assets, e.g., as a result of an award of damages against a professional person".

That, I think, continues to be an important distinction that needs to be observed in relation to the use of Bahamian APTs as instruments of estate-planning.