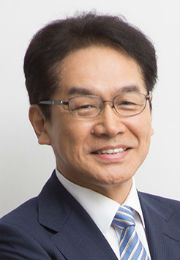 Masaakira Kitazawa is a partner at Anderson Mori & Tomotsune, and specializes in the banking, securities and commercial fields for foreign and domestic clients. He has worked on financial regulatory matters, including corporate governance and compliance, and financial transactional matters, including acquisition and restructuring of corporate group entities as well as M&A transactions for domestic and foreign companies. He is also involved in private equity investment and securitization matters. Mr. Kitazawa was also involved in many IPO's and public offerings as well as listings on the Tokyo Stock Exchange. His projects and transactions have included the following:

Acting as the chief legal advisor to a temporarily nationalized Japanese bank, which was subsequently privatized. Provides ongoing advice to the subsequent entity relating to all aspects of its business, including government relations, banking, commercial transactions, acquisitions as well as general advice to management.

Advising a major US financial institution on all aspects of its operations in Japan, including its consumer finance subsidiaries, acquisitions of other companies, and all issues related to compliance with strict Japanese regulatory requirements.

Advising a major UK based venture capital and private equity entity in connection with its establishment and subsequent investment activities.

Securitizing real properties and other assets owned by solvent and insolvent insurance companies, on behalf of funds managed and administered by a major US investment bank.

Advising the UK Government, issuers and/or underwriters on secondary offerings in the privatization initiatives taken in the UK electricity, gas and water industries.