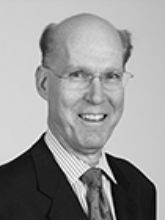 Bradley Sabel, Of Counsel in the global Financial Institutions Advisory & Financial Regulatory Group, focuses on advising international banking institutions on US bank regulations, including the impact and consequences of the significant reforms of the recent financial crisis. Prior to joining the firm in 1994, he was an attorney for the Federal Reserve Bank of New York for 18 years, advising on US bank regulation and supervision, including domestic and foreign activities of US and foreign banks, reserve and margin  requirements and asset freezes.

American Lawyer named Mr. Sabel a Dealmaker of the Year for 2009 for his representation of IntercontinentalExchange, Inc., in the formation of ICE U.S. Trust LLC, a New York limited purpose trust company and member of the Federal Reserve System that was the first US clearinghouse for credit default swaps. Mr. Sabel has represented many major financial institutions in transactions that have become landmarks in the evolution of the international financial system, including Citicorp in its combination with Travelers to form Citigroup, Morgan Stanley in its combination with Dean Witter, the formation of Mizuho Financial Group from three Japanese banks, and the US expansion of Banco Itau Unibanco S.A. of Brazil.

Mr. Sabel has published articles on the Federal Reserve’s discount window operations, Federal Deposit Insurance Corporation deposit insurance requirements, the Federal Reserve’s Regulations D and Q and its margin requirements, banker’s acceptances, asset sales, loan participations as “securities,” and permissible US activities of foreign banks, and has been a frequent speaker before US and international bank audiences on the same topics. Commenting on regulatory activity, Mr. Sabel has been quoted in several prominent publications and news agencies, including The Associated Press, The Wall Street Journal and The Financial Times.