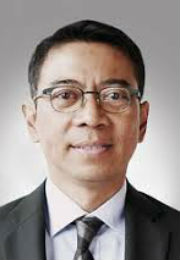 A Managing Partner at AHP, Bono obtained his LL.M from Monash University, Melbourne, Australia, in 1995 and has been practicing law in Indonesia since 1997, focusing on foreign direct investment, mergers and acquisitions, and capital markets.

After a brief spell at another of Jakarta’s premier law firms, Bono joined Assegaf Hamzah in 2002, where he quickly developed a reputation for being at the cutting edge of Indonesian commercial law.

Bono is recommended for Capital Markets, Corporate / M&A and Banking & Finance by Legal 500, while Chambers Asia Pacific names him a “Leading Individual” in Capital Markets and Corporate/M&A, and quotes a client lauding him as someone “who really knows his stuff on capital markets,” and another referring to him as “a go­to person" in Corporate/M&A.

In the banking and finance arena, Bono earned his spurs during the effort to bring order to the chaos that reigned following the virtual collapse of the Indonesian economy in the wake of the 1997/98 Asian financial crisis. Among the significant mandates he worked on at that time were advising Bank Danamon and the Indonesian Bank Restructuring Agency (IBRA) on the merging of nine major domestic banks that were in danger of imminent collapse.