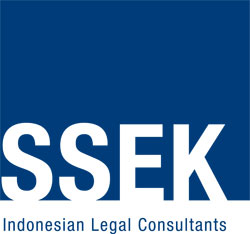 1. Is force majeure a recognised concept and how is it defined?

Yes, the concept of force majeure is recognized in the Indonesian Civil Code (the “ICC”). However, the concept as formulated in the ICC is relatively unspecific in comparison to what is generally found in contemporary international legal practice. As a result, parties will want to negotiate their own rules of force majeure when drafting their contract.

The principal rules of law relevant to the concept of force majeure are found in Articles 1244 and 1245 of the ICC, which read as follows:

“There is no compensation for costs, losses or profit, if because of uncontrollable circumstances or because of happenstance, the obligor is prevented from delivering or performing something which is obligatory, or commits an act which is prohibited for him/her.”

In the absence of a rigid statutory formulation, many Indonesian legal scholars rely on common law formulations in broadly describing force majeure as an event which: (i) causes the party claiming the force majeure to be unable to perform an obligation; (ii) results from an occurrence for which the claiming party cannot be faulted; and (iii) could not have been foreseen by the claiming party at the time the obligation was formed. However, one should not assume that an Indonesian court will follow this or any other formulation of the concept.

In certain sectors, regulatory pronouncements and legal practices may also be relevant. For example, government-formulated rules for emergency situations in the petroleum industry make specific provision for pandemics, among others.

Finally, employment law is also relevant. An employer is not generally permitted to terminate an employee on force majeure grounds, except in limited situations provided by statute and after paying compensation in an amount mandated by law. Neither may an employer suspend or reduce an employee’s salary and other compensation, except with the employee’s permission.

2. Is it only available if it is specified in a contract?

Indonesia is part of the civil law tradition. Articles 1244 and 1245 of the ICC thus apply generally in circumstances where the parties themselves have not addressed the issue of force majeure in their legal relations. However, Indonesia also honors the principle of freedom of contract found in Article 1338 of the ICC. Consequently, parties may supplement or opt out of the ICC provisions governing force majeure by instead including bespoke force majeure clauses in their written contracts. This is highly recommended.

3. What are the key requirements, such as notification, to claim force majeure?

4. What is the effect of a force majeure certificate issued by a government body?

Indonesian law does not presently provide a mechanism by which the government will issue a force majeure certificate or its equivalent. However, government agencies can and often do comment on natural disasters and other instances of force majeure. Nothing in Indonesian law prevents a court from considering these declarations or pronouncements in determining whether specified circumstances of unclear origin are to be treated as natural disasters or other acts of God.

There is also one instance, quite controversial, in which the Government issued a regulation directing that a particular disaster of questionable origin be treated as an act of God in legal proceedings, and the courts have honored this regulation.

There are presently no reports that the Government will issue any regulation, guidelines or other pronouncement with respect to the effect of the COVID-19 pandemic on private contractual relations. Should there be any such pronouncement, one may expect the Indonesian courts to give it significant weight.

5. What remedies are available if there is a force majeure event?

Where the parties have themselves provided for remedies in the case of a force majeure event, one may expect that those remedies will generally prevail. In the absence of contractually specified remedies, Articles 1244 and 1245 of the ICC provide that a party which is successful in claiming force majeure is relieved of the obligation to pay damages. In effect, the party is excused from the performance to which the force majeure relates.

In the context of a sale of goods, Article 1264(3) of the ICC provides that if goods, due to no fault of the seller, depreciate in value while awaiting the satisfaction of conditions precedent for their delivery, the buyer shall have the option either to cancel the agreement or to require delivery of the goods in their existing condition without any reduction in the agreed price.

In the context of the employer-employee relationship, Indonesian law does not allow employers unilaterally to suspend and/or reduce the salary or other compensation of employees except with the express consent of the employee, irrespective of any force majeure event.

6. What are the risks of claiming force majeure incorrectly?

If a party claims force majeure incorrectly and discontinues performance of a contract unilaterally, that party may be held in breach of its obligations and the other party may be successful in seeking damages for non-performance. Although the ICC provides for specific performance a breached obligation in Article 1267, it is generally understood that courts are reluctant to award specific performance, and where they do so, the judgment is very difficult to enforce. Damages are thus generally the preferred remedy.

7. Are there alternatives to force majeure such as frustration of contract or “change in circumstances”?

Although the ICC does not recognize “frustration of contract” or “change in circumstances” as express legal doctrines, there may be alternative concepts which may accommodate these concepts with effective legal advocacy. For example, Article 1254 of the ICC provides:

The circumstances captured by the phrase “cannot be done” in the above provision are open to interpretation.

Another example may be found in Article 1381 of the ICC, which provides in relevant part:

“Obligations shall cease … by reason of the destruction of the goods that were owed.”

8. How can you find out if courts or other types of tribunals have been closed or suspended?

The Supreme Court of the Republic of Indonesia has issued Circular Letter Number 1 of 2020, dated March 23, 2020, following the earlier promulgation of the same Circular Letter, regarding the Adjustment of the Working System for Judges and Court Apparatus in Efforts to Prevent the Spread of COVID-19 at the Supreme Court and Subordinate Courts (the “Circular Letter”).

The Circular Letter gives to court tribunals the discretion to determine any postponement of hearings or restrictions on visitors attending hearings. The Circular Letter also encourages parties in civil, religious, and state administrative proceedings to utilize the e-litigation application system that the courts recently activated.

As of the date of this writing, several courts in Indonesia have announced that hearings in civil matters are postponed for two weeks to accommodate the Government’s efforts to battle the COVID-19 outbreak.

These and similar court announcements are generally made publicly and need to be monitored continuously.

9. Are arbitration proceedings in the Indonesian jurisdiction being suspended?

We have been informed verbally that proceedings administered by the Indonesian National Arbitration Board (BANI) are suspended until March 27, 2020. This date is subject to change and requires continuous monitoring.

This publication is intended for informational purposes only and does not constitute legal advice. Any reliance on the material contained herein is at the user’s own risk. You should contact a lawyer in your jurisdiction if you require legal advice. All SSEK publications are copyrighted and may not be reproduced without the express written consent of SSEK.