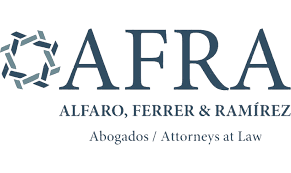 In order to maximise the potential of more than 15 commercial treaties that have been signed by the Republic of Panama, the country’s Ministry of Trade and Industry has recently created a special office within the ministry called the ‘commercial intelligence unit' (INTELCOM). This unit will provide knowledge to Panamania-based companies, including on what products the main commercial partners of the country are importing, who their main suppliers are, and details of opportunities that national products have under the commercial treaties. The main objective of INTELCOM will be to gather commercial intelligence relating to foreign trade, in order to efficiently reorientate Panama’s productive strategies and decision making, in actions to support export development. INTELCOM will also develop business intelligence through different tools such as market research and interviews with local exporters and Panama’s embassies and consulates throughout the world. This valuable information will be processed, analysed, interpreted and disseminated, in order to take advantage of business opportunities that have been identified and may be developed in Panama. INTELCOM will also oversee the strengthening of technology transfer related to the production and commercialisation permitted under the commercial treaties, in order to increase the productivity and competition of the private sector in Panama.

Furthermore, the Panamanian government is working on an intergovernmental plan to simplify administrative tasks and increase technical capabilities (scientific and quality control laboratories), and an in-depth review of the existing standards.

According to Panama’s Institute of Statistics and Census of the Comptroller General, the country’s exports reached a total of $547 million in the first nine months of 2019 (not counting copper). This represents an increase of 3.1% on the $530 million registered during the same period in 2018.