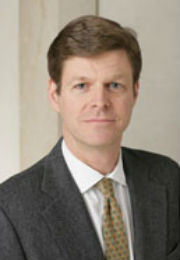 Mr. Truesdell is co-head of Davis Polk’s global Capital Markets Group. He is the only lawyer ranked as a “star individual” by Chambers for capital markets where he was described by clients as “simply the best capital markets lawyer in the world.” The Financial Times identified him as one of the 10 most innovative individuals nationwide in its 2011 “U.S. Innovative Lawyers” special report. He was also named one of the country’s 3 “Most Influential Lawyers” in Finance and Capital Markets by The National Law Journal, which credited him with helping “hoist the economy back to its feet” and named Transatlantic Finance Dealmaker (U.S.) by American Lawyer in 2015.

Mr. Truesdell represents clients in U.S. and international capital markets transactions and advises on corporate governance and securities market regulation. He has represented all of the major investment banks, including Citi, Credit Suisse, Goldman Sachs, J.P. Morgan and Morgan Stanley, as well as a variety of corporate clients. He has extensive experience with a wide variety of both public and private debt and equity offerings by U.S. and non-U.S. issuers, including initial public offerings, convertible offerings and high-yield debt financings.